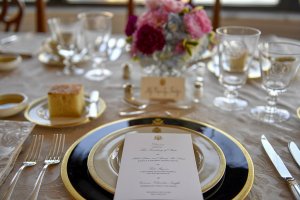 On December 1st, 2022, President Joe Biden and First Lady Dr. Jill Biden hosted French President Emmanuel Marcon and his wife Brigitte at the White House. Here are the wines that were served during the State Dinner. As you’ll see, they are all from California, but with a French flair.

For the First Course –

The wines were served in Baccarat crystal, in keeping with the French theme. The dinner sounds divine! 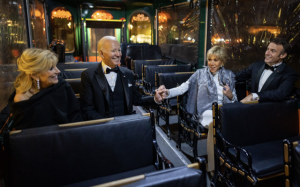 Additional guests were John Legende and Chrissie Teigen, Stephen Colbert, Julia Louis-Dreyfus, and Jennifer Gardner. Esteemed guests were also in attendance,  LVMH owner Bernard Arnault and Hélène Marie Mercier Arnault, as well as Bouchaine winery owners Tatiana Copeland and Gerret Copeland. Sadly, I could  not attend as I had a prior engagement. 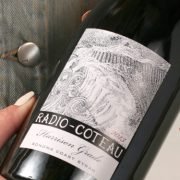