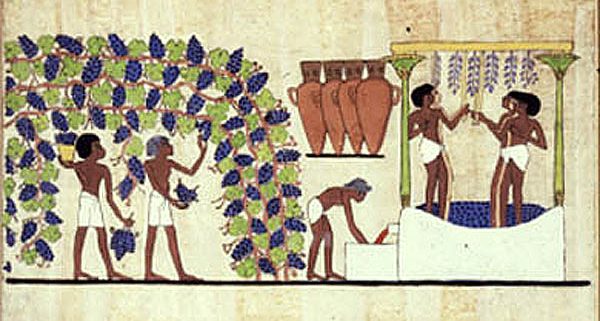 Did you know that King Tut’s journey into the afterlife included wine?

When King Tutankhamun’s tomb was sealed in 1322 B.C. there were approximately 26 amphora, or jars, of wine included. These were found when the tomb was opened in 1922. Following a study by Spanish scientists in 2004 it was determined they contained both red and white wine. This predates Egyptian white wine references by about 1500 years. It was presumed only red wine was made in the region. Surprisingly, the amphora were labeled with the year, the name of the winemaker, and vineyard, even comments such as “very good wine.”