You are here: Home1 / colangelo and partners 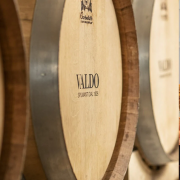 In Ocotber I was invited to a media luncheon that was served with Valdo Numero 10 sparkling wine. I couldn’t resist attending as it took place in one of my favorite San Francisco restaurants, Sens. It also included a vertical tasting of 4 Valdo vintages.

Matteo Bolla hosted the event. Yes, the same Italian name behind a number of varietals including Bolla Valpolicella. The family split a century ago but Matteo’s family lineage concentrated on prosecco under the name Valdo, which pays homeage to the region in which the wine is made, Valdobeadenne. What’s special about Valdo Numero 10? It’s made in the same style as Champagne. That’s unusual for processeco.

In my interview with Matteo, you’ll hear about the Bolla family, and what makes Valdo 10 so special. 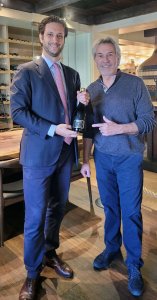 Click on the photo to see a larger image of the incredible menu Sens Restuarant prepared for the luncheon to accompany the Valdo vertical tasting. 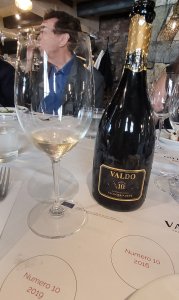