You are here: Home1 / Wine Uncorked2 / The History of Madeira Wine in the U.S.

Madeira Wine, which hails from a Portuguese island off the African coast, has a rich history here in the United States.

When it came time to toast the signing of the Declaration of Independence in Philadelphia, this is the wine that filled the Founding Fathers’ glasses, and it is believed that George Washington celebrated the British leaving New York City with the fortified wine.

Workers at the Liberty Hall Museum in New Jersey recently discovered three cases of the stuff dating from 1796 — too young to be the wine that Franklin, Jefferson, and Adams raised for their toast, but old enough that they might have sipped it a few years later.

There was a time you could find it prominently displayed on the top shelf of any reputable drinks shop, it was that popular. That’s not the case anymore. Aside from the competition of Port and the growing dessert wine category, the other reason is there’s not a lot of Madeira wine produced. Vineyard land is not plentiful on Madeira, about 500 hectares in total cling to the steep mountainsides, astonishingly just enough to provide raw material to eight producers. To me, that makes it a very good reason to have some on hand to raise your guest’s eyebrows. But don’t let its reputation for sweetness steer you wrong. Drier Madeira, like a sherry, is pretty versatile and might surprise you. 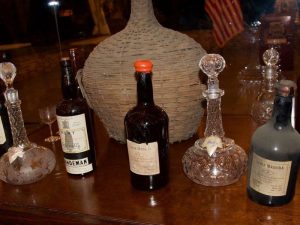 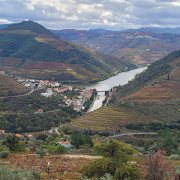